Can a company have a hundred-year history if it was established ten years ago? We believe that Noxor has precisely that. Our history extends back as far as 1908 when the engineering company AB Fellingsbro Gjuteri och Mekaniska Verkstad was formed. During the 1940s manufacturing was concentrated increasingly on transport solutions, and during the 1950s a sales and design department was added for handling equipment for mining and industry. That’s just how things went. Since then the company has experienced both success and challenges in connection with fluctuations in the markets, resulting in restructuring and a change of ownership. We were owned by Sandvik Mining and Construction for slightly less than a decade before being offered the option to purchase the business in 2007. This is when Noxor AB was established, and it now forms part of the Noxor Group, which also includes Bameco and owns part of FMAB.

With a broad and solid knowledge base within technology, hydraulic control and pneumatics, Noxor supplies customers in different types of industry with customised solutions for material handling covering both complete lines and individual machines. We also provide aftermarket services in the form of preventative maintenance, servicing, replacement of component parts, repairs and modernisation of existing facilities. 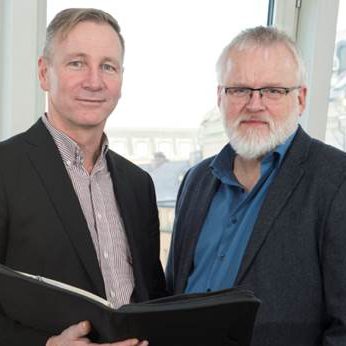